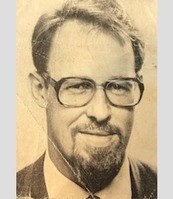 BORN
1941
DIED
2021
FUNERAL HOME
Horan & McConaty - Northwest/Arvada
7577 W. 80th Ave.
Arvada, CO
John Nicholas "Nick" Goodban
Born: December 23, 1941
Died: November 1, 2021
John Nicholas "Nick" Goodban was born in Hong Kong on December 23, 1941, two days before the Japanese captured the British colony. His parents and he, who were British subjects, were held captive until the end of WWII. After attending boarding schools in England, Nick immigrated to the U. S. where he attended graduate school at the University of Illinois, Urbana. He later became a U. S. citizen.
He passed on November 1, 2021 from complications related to Alzheimer's. He was preceded in death by his parents, Gerald and Mary Goodban, and is survived by his wife, Marjorie, and daughters, Joanna and Caroline, in Colorado; and his younger siblings: Diana, in Scotland; Katharine, in Wales; and David, in England.
Nick was Senior Vice-President for Philanthropy at the Tribune McCormick Foundation and was the recipient of numerous awards related to the support of charitable organizations in Chicago. He was known for his kindness and energy, a humanitarian who had a concern for and interest in everyone. His outside interests included being first cellist for the Elmhurst Symphony Orchestra, also serving as its president; a member of the Elmhurst Chorale Union and an occasional soloist; an instructor for a BMW high-speed driving school; and a finisher of a number of marathons and triathlons.
A Memorial Service will be held for Nick on Thursday, December 2, 2021 at 1:00pm at Horan & McConaty, 7577 W. 80th Ave. Arvada, CO 80003.
Published by Suburban Life Publications from Nov. 19 to Nov. 26, 2021.
To plant trees in memory, please visit the Sympathy Store.
MEMORIAL EVENTS
Dec
2
Memorial service
1:00p.m.
Horan & McConaty - Northwest/Arvada
7577 W. 80th Ave., Arvada, CO
Funeral services provided by:
Horan & McConaty - Northwest/Arvada
MAKE A DONATION
MEMORIES & CONDOLENCES
Sponsored by Horan & McConaty - Northwest/Arvada.
5 Entries
I just found this and was sad to see the news. I worked with Nick at McCormick in the 1990s until his retirement - he was my first boss! He was so kind to me and I still cherish the memories. He taught me so much and made us all laugh. My heart goes out to his family and friends as they grieve his loss.
Alexandra Altman
Work
January 19, 2022
I am sorry to learn of your loss of Nick. I remember him from my school days. Nick breezed in to The Royal Masonic School for Boys in the mid 1960s as a breath of fresh air. He drove a Lotus Elan sports car, and taught English and current affairs. He was only there for a couple of years but made a lasting impression as one of the good guys. I am in no doubt he will be missed by many. Sincere condolences to you, his family and friends.
Andy Cade
December 15, 2021
I am truly sorry for the loss of Nick. I will always remember his cheerful face, bright eyes, and smile.
Jeanette
Other
November 30, 2021
Dearest Marjorie and family, we are so saddened by this news of Nick. Sending you all our love and deepest condolences. Maggie and all of the Hope-Simpson family in Nova Scotia
Maggie Hope-Simpson
Family
November 28, 2021
Marjorie - I was so sad to learn of Nick´s passing. I learned so much from Nick at McCormick. My heart goes out to you. Vivian
Vivian Vahlberg
Work
November 20, 2021
Showing 1 - 5 of 5 results