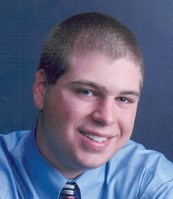 BORN
1985
DIED
2022
ABOUT
Downers Grove North High School
FUNERAL HOME
Friedrich-Jones Funeral Home
44 South Mill Street
Naperville, IL
Andrew "Drew" Van Vooren
Born: March 3, 1985
Died: January 5, 2022
Andrew "Drew" Van Vooren, age 36, a resident of Naperville, IL and formerly of Downers Grove, IL, passed away unexpectedly on January 5, 2022. He was born on March 3,1985 in Vincennes, IN.
Drew is survived by his loving parents, David and Laura Van Vooren of Naperville, IL; his sister, Ann (Jonathan) Scales of Wheaton, IL; his paternal grandmother, Nellie Van Vooren of Moline, IL; his aunts and uncles, Kathryn Flores, Ann Varga, Paul (Kim) Varga, Pattee (Ron) Epstein, Dan (Brenda) Van Vooren, Kathy (Marte) Johnson, and Don Van Vooren; as well as numerous cousins and friends. He was preceded in death by his maternal grandparents, Ann and Paul Varga, and his paternal grandfather, Walter Van Vooren.
Drew graduated from Downers Grove North High School and earned his bachelor's degree in Special Education from Lewis University. He was a paraprofessional and substitute teacher for the North DuPage Special Education Co-Op and was currently Peacock Middle School in Itasca. For over 10 years, Drew was very active in the Northern Will County Special Recreation Association, coaching various Special Olympic teams. He was honored to be named Coach of the Year in December of 2021. He was a Boy Scout with Troop 80 in Downers Grove and was proud to earn the rank of Eagle Scout. Drew continued to be involved with the Troop and was currently the Assistant Scout Master. In his spare time he enjoyed to ride his bike or cheer on the Chicago Black hawks, White Sox and the St. Louis Cardinals.
Drew was a huge advocate for allowing everyone the opportunity to succeed in all the dreams they pursued. He will be deeply missed by all who knew and loved him.
For those who would like to leave a lasting tribute to Drew's life, memorial donations may be directed to Northern Will County SRA, 10 Montrose Dr., Romeoville, IL 60446 or to Boy Scout Troop 80 in care of American Legion Post 80, 4000 Saratoga Ave., Downers Grove, IL 60515.
Visitation will be held on Wednesday, January 12, 3:00 until 8:00 PM at the Friedrich-Jones Funeral Home & Cremation Services, 44 S. Mill St., Naperville. The Mass of Christian Burial will be celebrated on Thursday, January 13, 11:00 AM at SS. Peter & Paul Catholic Church, 36 N. Ellsworth St., Naperville. A private family interment will be at Assumption Cemetery, Wheaton, IL. For information please call 630/355-0213 or visit www.friedrich-jones.com

Published by Suburban Life Publications from Jan. 6 to Jan. 13, 2022.
To plant trees in memory, please visit the Sympathy Store.
MEMORIAL EVENTS
Jan
12
Visitation
3:00p.m. - 8:00p.m.
Friedrich-Jones Funeral Home
44 South Mill Street, Naperville, IL
Jan
13
Mass of Christian Burial
11:00a.m.
SS. Peter & Paul Catholic Church
36 N. Ellsworth St., Naperville, IL
Funeral services provided by:
Friedrich-Jones Funeral Home
MAKE A DONATION
MEMORIES & CONDOLENCES
Sponsored by Friedrich-Jones Funeral Home.
4 Entries
Dear Mrs & Mr VanVooren I am so sorry forDrew passed away he will be miss very much
Laura Bolf
Other
January 12, 2022
We are so saddened by your loss. Our prayers are with your entire family.
Pam and John perry
January 8, 2022
My condolences goes out to your family it was a honor to meet him at one of are programs dinner and movie and he loves his basketball team and loves what he does for nwcsra you will be missed my friend
Trevor Sturgeon
January 6, 2022
I´m so sorry Dave, Laura, and Ann. Drew will be so very very missed. He was such a kind and sweet soul. Holding you all in my prayers and thoughts, and keeping Drew in our memory forever.
Stephanie Mills
January 6, 2022
Showing 1 - 4 of 4 results