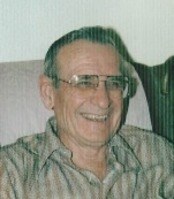 Robert Wolff
Robert (Bud) Wolff passed away peacefully at the age of 99 in his home in North Port, FL on Friday, October 8th. He is survived by his beloved wife of 76 years Shirley (Nelson) Wolff. Family members include his daughter Sandy (Wolff) Bothmer, her husband Richard, and his son Roger Wolff and his wife Nancy, and his grandchildren Michael Winchell and his wife Angie, Michelle (Winchell) Struckholz and her husband Fred, Ryan Wolff and his wife Kathryn, David Wolff, Lisa Martz and her partner Brian Locktan, and Christine Bothmer and her husband Alan Stimson. He is also survived by his great-grandchildren Ellisa and Christina Winchell, Elliot Struckholz, Eli Grover Wolff, Tyler Martz, and Julie Bothmer-Yost - and his nephew and niece Oma Jean Amundson and Jay Cornils, plus his many nephews and nieces from the Nelson family: Rickie (Hexom), Leif, Chris, Marvin, David and Sarah Kenny and their families. Survivors also include his dear sister Agnes Kubicz, his cousin Alice (Dicke) Washington, and husband Kenneth. He is preceded in death by his sister Katherine Cornils and cousin Arnold Dicke.
Bud was born in Downers Grove IL in 1922 and graduated from Downers Grove High School in 1941 where he met his sweetheart Shirley Nelson. Bud went into the Army Air Corp in 1942 and served in England and Scotland with 711th Bomber Squadron. He came home in July of 1945 and married Shirley. Bud worked for Northern Illinois Gas (NICOR) until 1980 when they moved to Port Charlotte Village in Port Charlotte, FL, where he became an acclaimed woodcarver and was a member of the Port Charlotte Woodcarvers Club. He also initiated the Port Charlotte Village Carvers Club and mentored the members. In his younger years, he was an avid bowler and a determined fisherman.
He was dearly loved and will be missed by his family. As he would say many times, "Oh well, what the Hell."
No date for a memorial service has been determined yet. Donations in Bud's memory may be made at WWII Memorial Friends.

Published by Suburban Life Publications from Oct. 13 to Oct. 21, 2021.
To plant trees in memory, please visit the Sympathy Store.
MEMORIAL EVENTS
To offer your sympathy during this difficult time, you can now have memorial trees planted in a National Forest in memory of your loved one.
MAKE A DONATION
MEMORIES & CONDOLENCES
0 Entries
Be the first to post a memory or condolences.