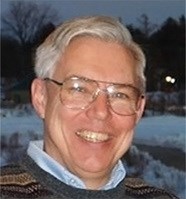 BORN
1945
DIED
2021
ABOUT
Niles West High School
Robert D. Ruyle
Born: March 28, 1945
Died: December 27, 2021
Robert D. Ruyle of Downers Grove died December 27, 2021 of complicated medical conditions.
Robert was the son of Orland and Zona (Beger) Ruyle, born March 28th, 1945 in Peoria, Illinois. He graduated from Niles West High School and went on to study Industrial Technology at Northern Illinois University, where he also led the Husky Marching Band as drum major.
He met his love Amy (Heppner) at the Skokie Public Library where they both worked while in high school. They married and celebrated 52 years of marriage this past August.
Bob was a teacher by trade and DNA, with 30 years at Community High School District 99 South (Downers Grove South) – retiring in 2000. When asked what he taught, he always replied "students" – his courses included woodworking, electronics, computer science, and technology.
A true master craftsman, there was almost nothing he couldn't build or fix himself. He was always the consummate joker and his wit and humor stayed sharp and on display until his final days. His joys were his Airstream travel trailer where he could be found "roughing it smoothly," his dream car the 1930 Model A Ford, his custom built woodworking shop, and bragging about his five grandchildren.
He is survived by his wife Amy; sons Brooks (Gracie) and Clayton (Alyssa Carlson); grandchildren Will, Grayson, Zoe, Emerson and Sloane; brother J. William Ruyle, nieces Nancy (Anthony) Paul and Wendy (Tim Uren) Ruyle, and brother-in-law Herbert (Mari Lindner) Heppner.
The family has decided on a private cremation in accordance with Bob's wishes and will hold a celebration of his life later this spring.
In lieu of flowers, memorial donations to the District 99 Education Foundation - Robert D. Ruyle Memorial Fund are preferred.
Checks with the memo line "Robert D. Ruyle Memorial Fund" can be mailed to:
Community High School District 99
? District 99 Education Foundation
6301 Springside Avenue
Downers Grove, Illinois 60516
Online donations are also welcomed at https://d99ef.org/ruyle-memorial-fund
Published by Suburban Life Publications from Jan. 10 to Jan. 13, 2022.
To plant trees in memory, please visit the Sympathy Store.
MEMORIAL EVENTS
To offer your sympathy during this difficult time, you can now have memorial trees planted in a National Forest in memory of your loved one.
MAKE A DONATION
MEMORIES & CONDOLENCES
0 Entries
Be the first to post a memory or condolences.