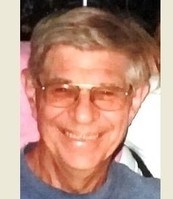 Richard Valack
Richard Valack, (Dick), 89, a longtime resident of Darien, IL passed away on Friday, October 15, 2021 in Cape Charles, Virginia. His job with Reynolds Metals Company brought him out to Illinois from Virginia. Dick lived in Darien from 1959 - 1991 and was actively involved in his community. He served as past president in both the Darien Lions Club and Darien 61 school board. Dick also enjoyed being part of the church choir at The Village Church of Western Springs.
After retiring from Reynolds Metals Co. he and Mary Catherine moved back to their home state of Virginia. He is survived by his wife of 68 years, Mary Catherine, and their 3 children, Margaret McCoy Sitter, Catherine Ann Smith, and Richard Steven Valack (Amanda), as well as his grandchildren, Rebecca Kerschen (Ashley), Lauren Sitter, Michael Sitter (Sarah), Jorie Smith, and his great granddaughter, Loretta Rose Sitter. He was a man of integrity and faith. He will be greatly missed.
Published by Suburban Life Publications from Nov. 2 to Nov. 5, 2021.
To plant trees in memory, please visit the Sympathy Store.
MEMORIAL EVENTS
Nov
5
Graveside service
3:00p.m.
Cape Charles Cemetery
MAKE A DONATION
MEMORIES & CONDOLENCES
1 Entry
So sorry for your loss. Dick was such a wonderful man and i know he will be missed. He always called me Cher and had a hug. Prayers to all the family.
Sheri Ewell Taylor
November 3, 2021
Showing 1 - 1 of 1 results