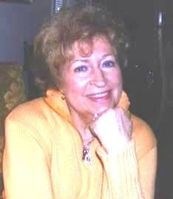 BORN
April 2, 1931
DIED
April 30, 2021
LaVerne Dolores Edbrooke
Born: April 2, 1931 in Chicago, IL
Died: April 30, 2021 in Portsmouth, N.H.
LaVerne Dolores (Kvetan) Edbrooke, 90, of Shrewsbury, Massachusetts, formerly of Riverside, Illinois, passed away on April 30, 2021. She died peacefully at the Edgewood Centre in Portsmouth, N.H. She was born on April 2, 1931 to the late Emil and Alice (Bouska) Kvetan in Chicago, Illinois. She lived in Riverside, Illinois for the majority of her adult life. LaVerne graduated from Northwestern University with a degree in Education and was a beloved elementary school teacher in the Westchester, Illinois school system. After retiring from teaching, she became the Co-Director of the Fra Angelico Art Foundation based in Riverside, a foundation that promoted religious art. She loved art, antiques, traveling and cooking.
LaVerne is survived by three sons, Gregory Jacobson of Las Vegas, Nevada, Eric Jacobson and his wife Patricia of Portsmouth, N.H., and Douglas Jacobson of Elgin, Illinois, as well as 9 grandchildren, and 4 great-grandchildren. She was preceded in death by her daughter, Kimberly Frachey, and her two husbands, Wilbert Jacobson and Raymond Edbrooke. A celebration of life will be held at a later date.
To plant trees in memory, please visit our Sympathy Store.
Published by Suburban Life Publications from May 4 to May 6, 2021.
MEMORIAL EVENTS
No memorial events are currently scheduled.
To offer your sympathy during this difficult time, you can now have memorial trees planted in a National Forest in memory of your loved one.
Funeral services provided by:
Cremation Society of New Hampshire - Hampton
GUEST BOOK
Sponsored by Cremation Society of New Hampshire - Hampton.
0 Entries
Be the first to post a memory or condolences.