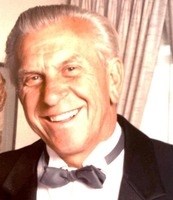 BORN
1929
DIED
2021
FUNERAL HOME
Friedrich-Jones Funeral Home
44 South Mill Street
Naperville, IL
Kenneth R. Lietz
Born: March 11, 1929 in Bellwood, IL
Died: October 12, 2021 in Aurora, IL
Kenneth R. Lietz passed away peacefully on October 12, 2021 at Amita Health Mercy Centerin Aurora, IL. That evening, he was surrounded by numerous family members.
Ken was born on March 11, 1929, in Bellwood, IL and was preceded in death by his parents, Edwin and Ermentine, and his brothers, Eugene, Gerald, Warren, and his sister, Charlotte. He graduated Proviso (East) High School in 1947. After high schoolhe served in the Merchant Marines. He married Mary Alice Schuman on April 14, 1951. Although drafted by the Army, he nearly missed his service due to physicalailment, but was given an exception for clerical work. After 5 days of honeymooning, he left for the South Korean war and served as a typist for the company colonel. They were reunited 18 months later.
After the war, he began working at Hines Lumber Company, first as a yardman but eventually becoming a store manager. Starting in Melrose Park, he eventually managed a store in Downers Grove for over 20 years, winning numerous Manager-of-the-Year awards. His store was consistently the best in the chain. He retired in 1993.
He and Mary Alice spent 20 years raising their family in Elmhurst, eventually moving to Naperville. His passion for decades was the game of golf, travel, and Civil War history. He and Mary Alice were members of Naperville Country Club,where he often won many wagers due to his exceptional putting. They also spent numerous years in Florida, enjoying golfing, fishing, boating, and frequent visits from children/grandchildren.
He often took the family on annual trips (strictly by driving), where they visited Mardi Gras in New Orleans, a western trip featuring Disneyland, Las Vegas, and Pikes Peak, and in July 1972 to Walt Disney World during its first year. In 2007 he and Mary Alice went to Rome and Jerusalem, where the 10-day trip included a visit to every major location where Jesus performed His miracles.
He introduced his family to the joys of Jack Daniels with a splash of 7-Up. Those present toasted him on his last night on earth.
Ken is survived by his four children, five grandchildren, and one great-grandchild. His eldest son, Kenneth, Jr., has two sons, Matthew (Marlo) and Andrew (Karen), and is married to Lillian (nee Cino Fortman) who has two sons, Fred (Jeannie) and Kyle (Allison). His second eldest son Jerome has one son, William, and is married to Susan (nee Halverson). Michael is his youngest son. His only daughter, Kathleen, is married to David Marshall, and they have two children, Alex and Samantha.
He will be remembered for his incredible sense of humor (he claimed to have filled out his will in pencil in the event a family member crossed him), a quick mind, a hearty laugh, and instilling in his family his problem-solving skills.
In lieu of flowers, memorials may be directed to SS. Peter & Paul Catholic Church, 36 N. Ellsworth St., Naperville, IL 60540.
Visitation will be held on Monday, October 18, 4:00 until 8:00 PM at the Friedrich-JonesFuneral Home & Cremation Services, 44 S. Mill St., Naperville. The Mass of Christian Burial will be celebrated on Tuesday, October 19, 11:00 AM at SS.Peter & Paul Catholic Church, 36 N. Ellsworth St., Naperville. Interment will be at SS. Peter & Paul Cemetery, Naperville. For information pleasecall 630/355-0213 or visit www.friedrich-jones.com