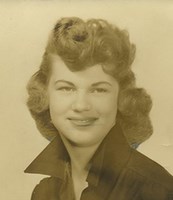 BORN
1941
DIED
2021
Jane Adelyn "Janey" Smith (nee Cernota)
Born: January 10, 1941 in Oak Park, IL
Died: August 17, 2021 in Montrose, CO
Jane Adelyn "Janey" Smith (nee Cernota), 80, a former Miss Morton and a member of the first graduating class of Morton West High School in 1959, died Tuesday, August 17, at her home in Montrose, Colorado, surrounded by her loving family.
The granddaughter of Czech immigrants, Janey was born Jan. 10, 1941, in Oak Park. She attended Berwyn public schools, where art teachers recognized her talent early on and encouraged her parents to send her, at age 11, to classes at The Art Institute of Chicago. Upon her graduation from Morton West, the faculty named Jane Cernota as the outstanding female student.
Janey continued her art studies at the University of Illinois, Champaign-Urbana, where she met her future husband, Van Smith, of Emporia, Kansas. They married in 1963 and had four children. She died just four days shy of their 60th wedding anniversary.
She is preceded in death by her parents, Jindrich/Henry and Elsie (nee Stipek) Cernota of Berwyn-Cicero; and grandparents Frantisek/Frank and Josephine (nee Stupka) Stipek; and Jindrich/Henry and Jana/Jenny (nee Muzika) Cernota, all of Berwyn.
Survivors include her husband Van Smith of Montrose, Colorado; and children Kimberly Ens (Alvin) of Olathe, Kansas; Van Jr. (Kim) of El Paso, Texas; Aletia Westlake (Mark) of Littleton, Colorado; and Vonda Cloutier (Patrick) of McKinney, Texas. She is also survived by brother William Cernota (Maria) of Chicago, Illinois; and sister Elizabeth Cernota Clark (Thomas) of San Marcos, Texas. In addition, she is survived by 10 grandchildren, four great-grandchildren, and seven nieces and nephews and their families.
Memorial contributions may be made in Janey's name to the E.W. and Florence Smith Scholarship Fund at Emporia State University (https://emporia.scholarships.ngwebsolutions.com/scholarx_scholarshipsearch.aspx), Campus Box 4002, 1500 Highland St., Emporia, KS 66801-5018; or, to the scholarship fund at the School of the Art Institute of Chicago (https://sforms.saic.edu/forms/secure/donate/donation.php?appeal=22XXSANWB).
Published by Suburban Life Publications from Sep. 13 to Sep. 16, 2021.
To plant trees in memory, please visit the Sympathy Store.
MEMORIAL EVENTS
To offer your sympathy during this difficult time, you can now have memorial trees planted in a National Forest in memory of your loved one.
MAKE A DONATION
MEMORIES & CONDOLENCES
0 Entries
Be the first to post a memory or condolences.