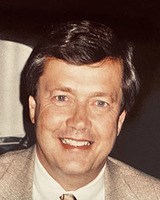 BORN
1946
DIED
2021
Bruce M. Johnson
Born: January 11, 1946
Died: December 21, 2021
We lost a good man so respected and adored. Bruce Martin Johnson passed away on December 21st. His final days were spent surrounded by family and friends that Bruce had touched in so many ways throughout his life. Bruce was born on January 11, 1946 in Chicago, IL to Martin and Lucille Johnson. Bruce grew up in Park Ridge, IL where he developed close friendships that he continued throughout his life.
Bruce attended Bradley University where he was a member of Sigma Phi Epsilon Fraternity and graduated with a business/education degree. He received his master's degree in educational administration from Northern Illinois University. His entire career was at Downers Grove North and South High schools as a business teacher, dean, department chair, division head, and coach (football, baseball, golf). His students were blessed to learn many valuable lessons from Bruce. Those who listened and took his advice to heart were very motivated to succeed in their future career, were taught to be good money managers and investors, realized that one has to be competitive and work hard to win, and encouraged to grasp every opportunity that came their way in life.
Since Bruce had a strong entrepreneurial spirit, he invested in some side jobs such as running concession stands and other money-making ventures. He also helped start an investment club that he and his friends have been a part of for years. After retiring, Bruce continued his business career with Blue Cross Blue Shield. He had a talent for public speaking and shared information about their company insurance plans with the workers. He did a lot of traveling while working which he truly enjoyed.
Bruce was an avid sports fan and talented athlete himself. His trips with friends always involved golf, tennis, skiing trips, and shuffleboard. He was a Chicago sports fan, but more specifically a White Sox fan. He was a member of the Park Ridge Country Club and thoroughly enjoyed his time spent there playing golf, and tennis, and being with friends.
Bruce was a strong believer in supporting others and helping in any way possible. He was a member of the Downers Grove Rotary Club and frequently served on the scholarship committee to support the education of students. He also helped in raising money for other charities the club supported. Evans Scholars was another organization he felt strongly about and supported. He served on the board at Mistwood where he lived.
Bruce chose to believe the best about everyone no matter what their thoughts or beliefs. He did not judge or criticize. He was always supportive of family members and friends. He is survived by his wife Jan along with his two daughters: Julie (Scott) Jackson and Christine (Jay) Jarvie. He relished his role as papa to his granddaughters: Katie and Claire Jackson. Left with decades of fond and colorful memories are his sisters: Karen Johnson and Marilyn (Greg) Zenere. Bruce is survived by his mother -in-law Joyce (the late Robert) Jacobson and sister-in-law Jill (Kim) Krahenbuhl. He also had many cousins, nieces and nephews that he enjoyed family time with.
Bruce is also survived by a large close group of friends who played a big role in his life. They were like close brothers to him. Some go as far back as grade school, high school, college, or people he met through friends. They played sports together, they vacationed together, they misbehaved together, and they supported each other through good and bad times.
A celebration of life for Bruce will be held in the future. In lieu of flowers, the family has invited contributions to the Downers Grove Rotary Club Scholarship Fund (4915 Main Street, Downers Grove, IL 60515) or the Evans Scholar Foundation (www.wgaesf.org).

Published by Suburban Life Publications from Dec. 26 to Dec. 30, 2021.
To plant trees in memory, please visit the Sympathy Store.
MEMORIAL EVENTS
To offer your sympathy during this difficult time, you can now have memorial trees planted in a National Forest in memory of your loved one.
MAKE A DONATION
MEMORIES & CONDOLENCES
1 Entry
Offering our deepest condolences during this difficult time.
The Staff of Adams-Winterfield & Sullivan
December 23, 2021
Showing 1 - 1 of 1 results